Photovoice and The Impact on Life in Marginalized Communities 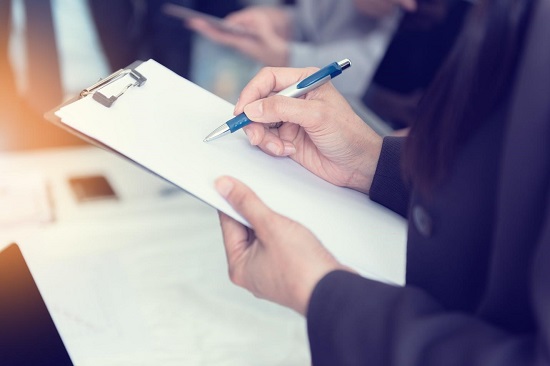 Two professors of social work at the University of Nevada, Reno have partnered with local high school students to document the little-known phenomenon of “slow violence” in the state. They’re using photovoice, a community-based participatory research methodology, to engage youths in documenting the impacts of long-term environmental disasters in Nevada.

Slow violence refers to hidden and amorphous environmental disasters that occur over time, such as long-term exposure to toxins and climate change, both of which are common in Nevada. Jennifer Willett, assistant professor, and Mary Hylton, associate professor, at the School of Social Work at the University of Nevada, Reno — received funding from the Corporation for National and Community Service’s 2018 Community Conversations Research Competition to undertake this project. The photovoice project engages youth from Title I High Schools in the area to address the impact of slow violence in their communities.

Photovoice is a community-based research strategy that empowers community members to document their environments and experiences. The methodology typically involves communities who face marginalization based on identity categories, such as race, class, language, immigration status, disability and gender. Photovoice helps to ensure that solutions to local issues are rooted in and informed by the experiences of community members.

The concept of photovoice as a research tool dates back to the 1990s and is largely credited to Caroline Wang, who used the methodology alongside Mary Ann Burris to bring the daily experiences of village women in China’s Yunnan province into the policy decision-making process at a regional level. In a 1999 Journal of Women’s Health article, Wang identified five key concepts that explain how and why photovoice can be a beneficial research methodology.

Putting cameras in the hands of community members and encouraging them to document their environments and experiences helps researchers and policymakers to understand local issues from local perspectives. In addition to simply seeing the photos, those involved in photovoice research can learn from how community members interpret the photos they took — why they captured those images, what they symbolize and why they’re important.

For the purposes of this research project, Willett and Hylton worked with the community agency Communities in Schools and the federally funded program Upward Bound. Willett and Hylton took on the role of project managers and recruited and trained approximately 10 to 15 youths from local Title I High Schools. Assigned the position of youth scientists, these students are currently documenting aspects of their lives and communities as they relate to slow violence, such as mining pollution or climate change. Once they’ve finished taking their photos, the youth scientists will also participate in broader discussions about their findings with adult members of their communities, with the ultimate goal of demonstrating firsthand experiences with slow violence.

“By contributing to how we look at the world and how we see ourselves, images can influence policymakers as well as the broader society of which they are a part,” Wang explains in her 1999 article.

To that end, the second phase of the research project focuses on youth civic engagement. The youth scientists will draft a white paper on their findings that supports a specific policy solution. They will also create a legislative strategy or civic engagement intervention plan with the objective of attaining both bill sponsorship and passage.

In addition to potentially influencing policy, engaging in photovoice with young people creates intergenerational relationships that may not have otherwise been formed and helps young community members develop leadership skills that will prove crucial for the next generation of policy- and decision-makers.

According to Willett and Hylton’s research, youths in Nevada are already concerned about environmental injustices in the state. Because local youths are interested in these topics and can influence the adults in their lives, young people offer a wealth of untapped resources. Through photovoice, they can help to address these ongoing problems while building their skills for future careers.

Concept 3: “Community people ought to participate in creating and defining the images that shape healthful public policy.”

Because slow violence is invisible, its far-reaching effects and relative urgency are often underestimated. Furthermore, policymakers who have not experienced slow violence first hand are not likely to fully understand the scope of the problem and its impact on the local community. A fundamental step in addressing slow violence is to render it visible through media, such as photography and narratives, created by people who have been directly affected.

Concept 4: “The process requires that planners bring to the table from the outset policymakers and other influential people to serve as an audience for community people’s perspectives.”

While slow violence in Nevada is a growing issue, it’s not a new one. Mining, the state’s second-largest industry, has long caused environmental and health concerns among local residents. Droughts and heat waves are likely to become even worse in the future, yet the state ranks last in preparedness actions against these looming crises. And with 72 percent of Nevada’s population living in Las Vegas, there is a significant voting power differential between urban and rural regions in the state.

If there is no one to hear about a community’s experiences and learn from the images its members capture, the work of the community is not likely to lead to real change. A variety of actions may be taken following completion of the project, including the creation of a legislative bill, for which the group will seek sponsorship.

In a previous community-based research study in which Willett documented broad environmental injustices across Nevada, participants in every community stated that their local environmental problems had been caused or exacerbated by a lack of community say in decisions made about them.

This research project seeks to give a voice to community members who are facing a number of socioeconomic barriers. The three schools which are participating in the project have racially and socioeconomically diverse populations and high percentages of students who qualify for free or reduced-price lunch. The photovoice project will demonstrate the tangible impact of these students’ involvement in environmental justice issues.

Willett and Hylton’s yearlong research project will conclude later in 2019.

The Master of Social Work program at the University of Nevada, Reno is structured to help prepare graduates for work in a variety of situations and settings. Whether they choose to work for a private practice, nonprofit or community organization, graduates are prepared to make a difference across multiple disciplines. Learn how the University of Nevada, Reno online Master of Social Work program can help you expand your technical expertise and acquire the advanced skills necessary for professional growth in the field of social work.

Photovoice Worldwide, “What Is Photovoice?”