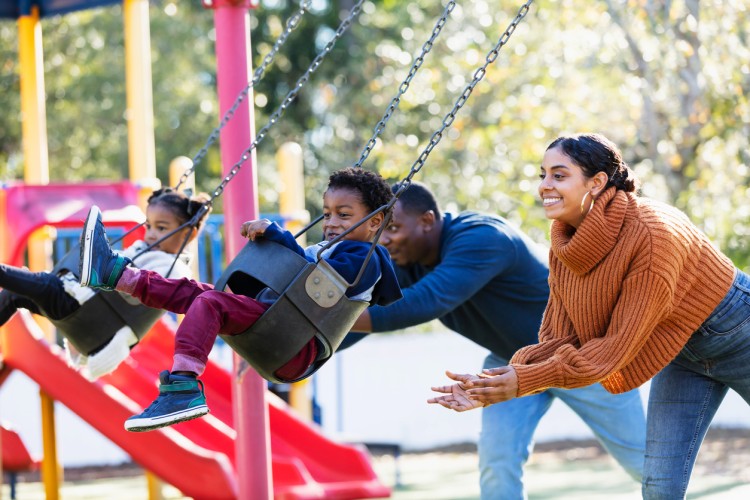 Is transracial adoption a solution to finding loving, stable homes for children in foster care, or does it contribute to a loss of cultural connections? Statistics show that Black and other minority children may reside in foster care longer than white children. In 2020, 57,881 children were adopted from foster care, according to the October 2021 AFCARS Report from the Administration for Children and Families. Of these, 29,325 were white; only 9,588 were Black.

The United States’ history of transracial adoption began with federal pressure on Native American tribes to assimilate and a federal policy to break up tribes and force their children to be raised in white boarding schools. In the mid-20th century, the federal government rolled out the Indian Adoption Project, in which white parents adopted Native children.

The 1990s saw a rise in the adoption of Chinese girls, as China’s one-child policy caused a widespread practice of child abandonment.

The Indian Child Welfare Act of 1978 was enacted to prevent breaking up Native American families. For Native American children in foster care, the law requires agencies to find parents who are related to the adoptive child or who are Native American.

The ICWA has come under fire from some lawmakers and judges, and its constitutionality is expected to be reviewed by the Supreme Court in 2022. Critics say that the law removes children from loving homes or forces them to stay in abusive or dangerous foster homes if placement with a Native family isn’t possible, while supporters maintain that the law upholds the sovereign nation rights of Native tribes and helps keep families together.

The Multiethnic Placement Act of 1994 prohibits state agencies from refusing an adoptive parent based on color or ethnicity. It was designed to shorten the amount of time Black children spent in foster care. It also requires agencies to recruit more foster and adoptive parents of color.

Numerous critics and advocates have weighed in on the topic of transracial adoption. The controversy reflects the challenges that social workers face in meeting children’s needs versus the greater social needs of their culture.

The National Association of Black Social Workers has long been an outspoken critic of transracial adoption. The NABSW holds that the background of race relations in the U.S. means that white parents may not be able to understand how society views their Black children, and as a result, they may not adequately prepare their children for what they face in school or as adults.

The National Indian Child Welfare Association advocates for Native American children to stay with their families and communities. The NICWA works to help tribal communities reduce child abuse and neglect within their communities, strengthening families so children won’t be removed. It advocates for kinship care, which is a part of many Native tribes’ cultures as a way to preserve a child’s connection to their family, language and heritage.

Advocates of transracial adoption include the Goldwater Institute, which has brought several lawsuits against tribal communities claiming that the ICWA violates children’s rights.

Advocates of transracial adoption also claim that Black and other ethnic minority children can be adopted faster if race isn’t a factor. This can mean the difference between staying in a neglectful or abusive home and being adopted by parents who can provide a stable and loving environment.

The fact that many adoptive parents are wealthier than a child’s birth family is an advantage that a child should not be deprived of, they argue.

Advocates including adoption agencies, adoptive parents and adopted children also say that transracial adoption provides opportunities for children to grow up in diverse environments and makes parents more aware of racial issues. Furthermore, it may contribute to healing the racial divide.

The question of race and racism is at the center of arguments for transracial adoption. Advocates say that race should not be considered when determining who is the best parent for a child. The impact of a stable, financially secure home, they say, should outweigh the need for cultural connection.

The National Association of Social Workers prioritizes a child’s safety; however, it also considers a family’s civil rights and cultural heritage. The organization’s guidelines note that families of color are more likely to be reported for child abuse, which will disproportionately put more children into foster care. NASW states that social workers should prioritize keeping the child with the biological family when investigating abuse or neglect. They should consider relatives and close friends before putting a child into foster care.

The Department of Health and Human Services Administration for Children and Families and the National Council For Adoption provide data on adoptions, both transracial and otherwise. As of September 2020, 407,000 children were in foster care, and 57,881 children had been adopted that federal fiscal year. Diving deeper into those numbers paints a clearer picture of the state of adoption in the United States:

Between 2017 and 2019, around 28% of all adoptions were transracial. White parents of children of a different race or ethnicity represented 90% of them.

According to the State Department, there were 1,622 international adoptions in 2020. The top countries of origin were Ukraine, China, South Korea, Colombia and India.

Social workers who work in adoption and foster care must be knowledgeable about the issues and challenges surrounding transracial adoption. They must identify the best solutions for children, as the answers aren’t always clear.

Students interested in a challenging career should explore the online Master of Social Work program from the University of Nevada, Reno to learn more about how they can help serve children and families. Start your journey to a career that changes lives today.

How to Deal With Ethical Dilemmas in Social Work

What Does It Take to Be an Effective Social Worker?

Administration for Children and Families, “The AFCARS Report”

Adoptions From The Heart, “The Complexity of Transracially Adopting Black Children”

Assistant Secretary for Planning and Evaluation, “Transracial Adoption From Foster Care in the U.S.”

Institute for Family Studies, “Transracial Adoption in the Time of Black Lives Matter”

Newsweek, “Wokeness Has Come for Adoption. It’s the Children Who Will Suffer | Opinion”

Partners For Our Children, “The Multi-Ethnic Placement Act (MEPA) Needs Reform to Reduce Racial Inequities in Foster Care and Adoption”

Vox, “How a White Evangelical Family Could Dismantle Adoption Protections for Native children”