Cybersecurity Career Guide: How to Land the Best Jobs

Cybercrime can’t simply hurt businesses. It can destroy them.

After a ransomware attack struck a medical office in Battle Creek, Michigan in April 2019, Dr. Willam Scalf, one of the two doctors at the facility, said “I was suddenly retired and didn’t want to be.” The New York Times reports that the criminals demanded $6,500 to release the medical files they had frozen as a result of the attack. Rather than capitulate to the criminals, the center chose to shut down for good, leaving its 10 employees without jobs.

The same fate struck a printing company in Colorado, forcing it to permanently furlough several hundred employees in the wake of a ransomware attack. The city of New Orleans is still reeling from ransomware that infiltrated its computers in 2019, requiring much of its work be done on paper, including police reports that officers now have to complete by hand.

Cybercrime rates are skyrocketing, costing businesses and individuals $3.5 billion in 2019. This is according to the 2019 Internet Crime Report issued by the Federal Bureau of Investigation’s Internet Crime Complaint Center (IC3). The business losses inflicted by cybercriminals has more than tripled from their 2015 level of $1.1 billion. Additionally, the number of incidents reported to the IC3 has increased by more than 60%, reaching 467,361 in 2019 from 288,012 incidents in 2015.

Businesses are increasingly challenged in their efforts to prevent and recover from cyberattacks. One major reason for this is the growing shortage of cybersecurity professionals who possess the training and experience to lock down the data networks that companies rely on. The IC3’s 2019 cybersecurity workforce study — entitled Strategies for Building and Growing Strong Security Teams — reports the global cybersecurity workforce will need to grow by 145% to meet current demand, and by 62% to fill the 500,000 cybersecurity positions currently open in the U.S.

The resources in this guide explain how to get into cybersecurity and the steps required to qualify for top jobs in this growing field, which becomes more vital to businesses with each passing year. It describes dozens of specific cybersecurity roles, as well as the education and skills required to build a rewarding career.

The State of Cybersecurity: Job Outlook

Few jobs are in greater demand than those related to cybersecurity. These statistics highlight the robust cybersecurity job outlook: 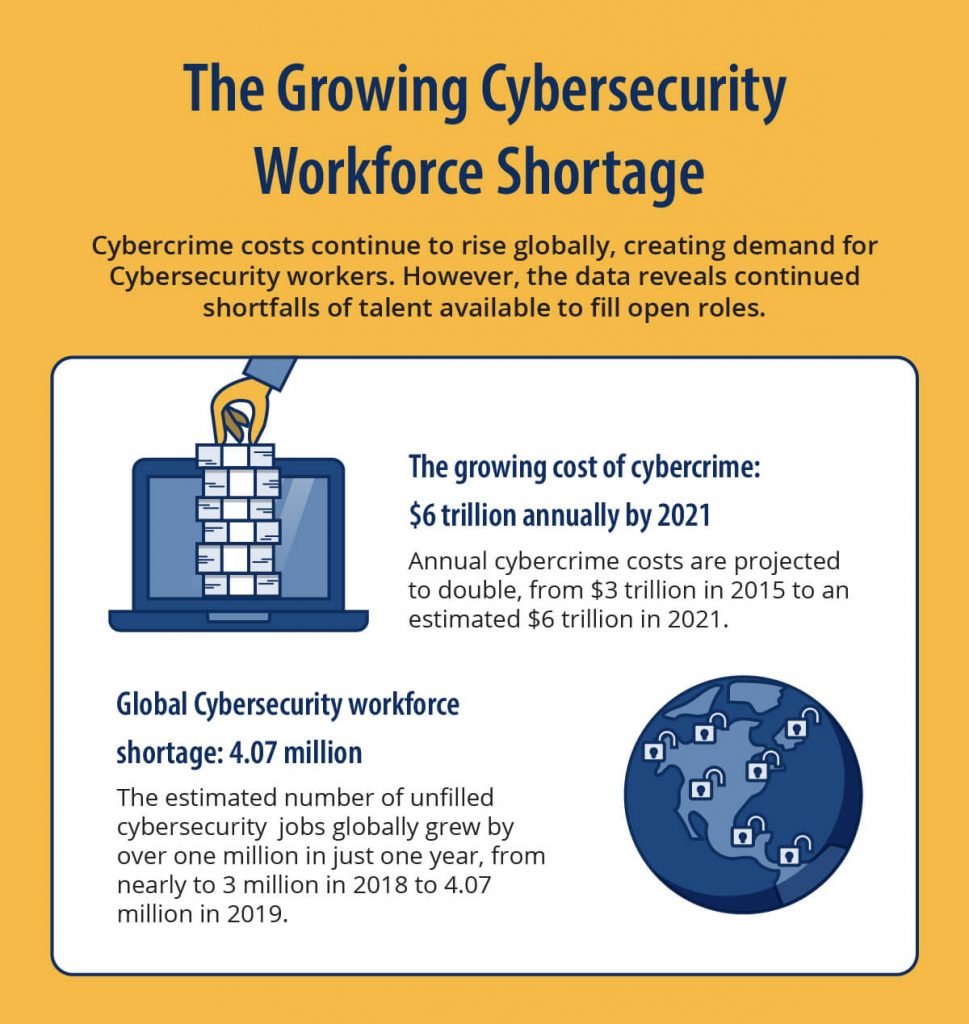 The range of cybersecurity careers available to computer professionals is as diverse as the formidable data-security challenges facing organizations. Listed here are some of the cybersecurity positions that companies are struggling to fill today, and that are expected to be in great demand well into the future. 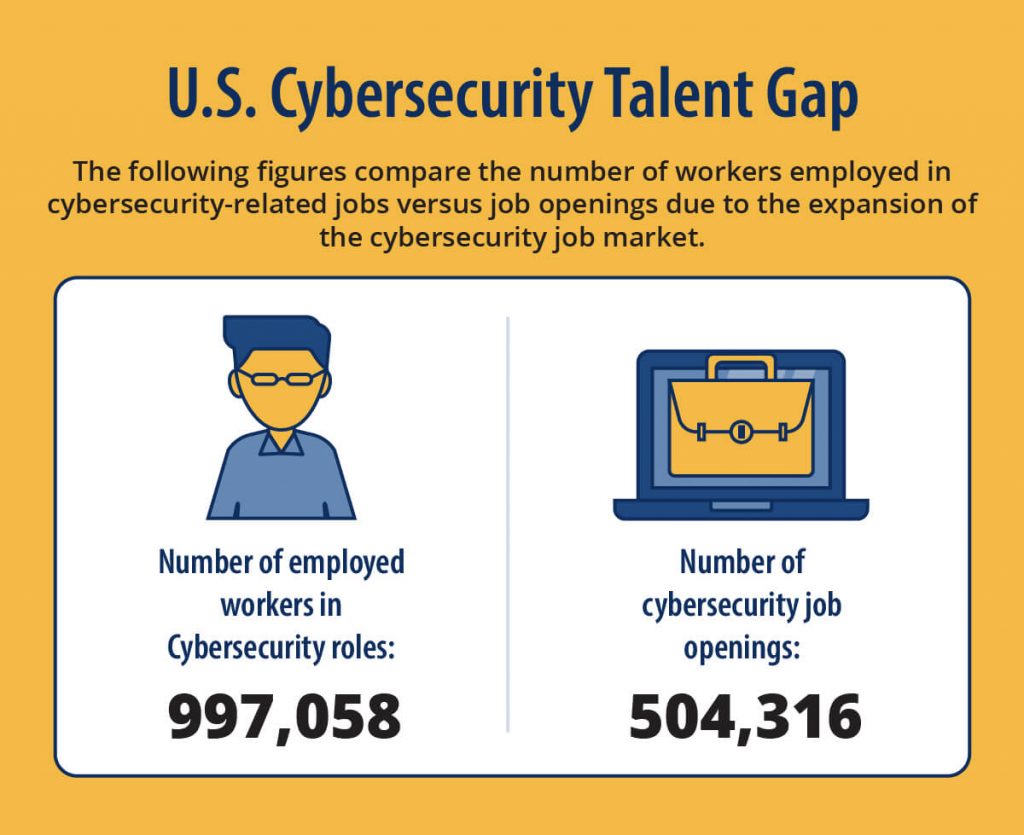 Considering the range of technical and management skills represented in the cybersecurity landscape, no single, one-size-fits-all approach exists that will prepare students for specific positions. These are among the cybersecurity education requirements that apply to the majority of specialties in the field.

The ever-changing nature of technology means that for cybersecurity professionals, the learning never stops. In addition to a knowledge of basic security policies and principles, careers in cybersecurity require hands-on experience with a range of hardware and software tools, as well as an understanding of organizational behavior and management approaches.

First and foremost, cybersecurity is a technology role — so, technical aptitude, knowledge of security across different platforms and an understanding of hacking are fundamental. Hacker Noon lists the cybersecurity skills that professionals rely on in their day-to-day work:

However, soft skills are equally important to a successful career in cybersecurity. These abilities include:

Finally, nearly all cybersecurity positions require the ability to manage complex projects and a willingness to learn new skills in support of an organization’s security efforts.

Essential Cybersecurity Tools of the Trade

The responsibilities of a cybersecurity professional cover the gamut of potential attack scenarios and hacker techniques. Among the tools they rely on to keep their organization’s information systems safe are the following:

Software Testing Help explains the use of these and other cybersecurity tools is on the rise in organizations of all sizes as they protect against the increase in cyberattacks. A recent study by Mimecast found that ransomware attacks increased by 28% in 2019, email spoofing struck 88% of all companies and 67% of firms reported an increase in impersonation fraud.

What Can Cybersecurity Professionals Earn in Salary with a Master’s Degree?

Should You Become a Cybersecurity Analyst?

CompTIA, “The Top 9 Cybersecurity Jobs and What You Need to Get One”

Forbes, “How to Start a Lucrative Career in Cybersecurity”

IBM, “The Demand for Skilled Cybersecurity Professionals Is Outstripping the Supply of Skilled Workers”

World Economic Forum, “This Is the Crippling Cost of Cybercrime on Corporations”