Following congressional approval of an additional $1.1 billion in funding to help stem the spread and combat the effects of Zika, the fight against the virus has undergone several notable transformations. On November 18, The World Health Organization declared an end to its global health emergency over the Zika virus. This includes the risk of related birth defects and developmental issues such as microcephaly found in babies born to Zika infected mothers.

Prior to this redesignation, Zika was considered one of the top public health concerns facing populations worldwide. With its the risk of related birth defects and developmental issues such as microcephaly found in babies born to Zika infected mothers, the worldwide spread of the disease was carefully monitored by federal officials and those in the private sector. Indeed, University of Nevada, Reno’s own James Wilson M.D., FAA, has been involved in several studies detailing both assessing Zika’s impact and possible medical countermeasure development challenges. On the surface, removing the global warning may seem an improvement or a victory over the virus, yet many public health officials are cautioning against people being too optimistic. The WHO itself, in statements made about the end of the official designation of Zika being a “Public Health Emergency of International Concern,” still considers Zika a threat, albeit an ongoing one rather than a temporary or “conquerable” surge.

“We are not downgrading the importance of Zika,” Dr. Peter Salama, executive director of the WHO’s health emergencies program, told The New York Times. “We are sending the message that Zika is here to stay and the WHO response is here to stay.”

The WHO now considers Zika a “long-term program of work,” according to Dr. David Heymann, the chairman of the emergency committee on Zika virus and microcephaly. Speaking to CNN, Heymann affirmed that the diffused nature of Zika’s impact on the bodies of both infants and adults was what first raised the alarm for the WHO.

“The source of the concern was not that there was Zika, it was extraordinary clustering of microcephaly that hadn’t been seen before at a time when lots of infection was occurring,” Heymann told CNN.

Several factors appear to have tied into the WHO’s redesignation of Zika, not least of which has been the slowing of the virus’ progress. While public health efforts in nations under threat of Zika outbreaks have made a big difference, much of it can simply be owed to the end of mosquito season in many climates around the world. The mosquito has been proven to be the most effective means of transmitting the virus to a human host. Yet even with this vector slowing, the disease and the threat isn’t gone — merely dormant.

“This disease is like all endemic diseases that have a seasonal appearance,” Heymann said.

In this regard, University of Nevada’s Dr. Wilson underlines that the approach taken by the WHO to classify the disease may have been flawed to start, underestimating the true threat to Americans of Zika’s spread.
“The World Health Organization (WHO) has drawn comparisons between the current Zika crisis and the Ebola disaster. The two situations could not be more dissimilar,” Wilson wrote in his piece for University of Nevada’s NSights. “The difference is the impact: Zika has been associated with birth defects. So, to compare Ebola and Zika is truly not appropriate: it is apples and mangos.”

Wilson goes on to state that hyperbole and political scare tactics by public health officials has “eroded credibility” related to the true extent of the danger. Yet Wilson is clear that we are far from out of the woods, making this reclassification misleading and potentially dangerous.

“Our bottom line assessment is this: Zika virus will cause great disruption in the tropical belt of the Americas,” Wilson predicted in April 2016. “We will see imported cases of Zika to the U.S. in multiple states, including Nevada.” 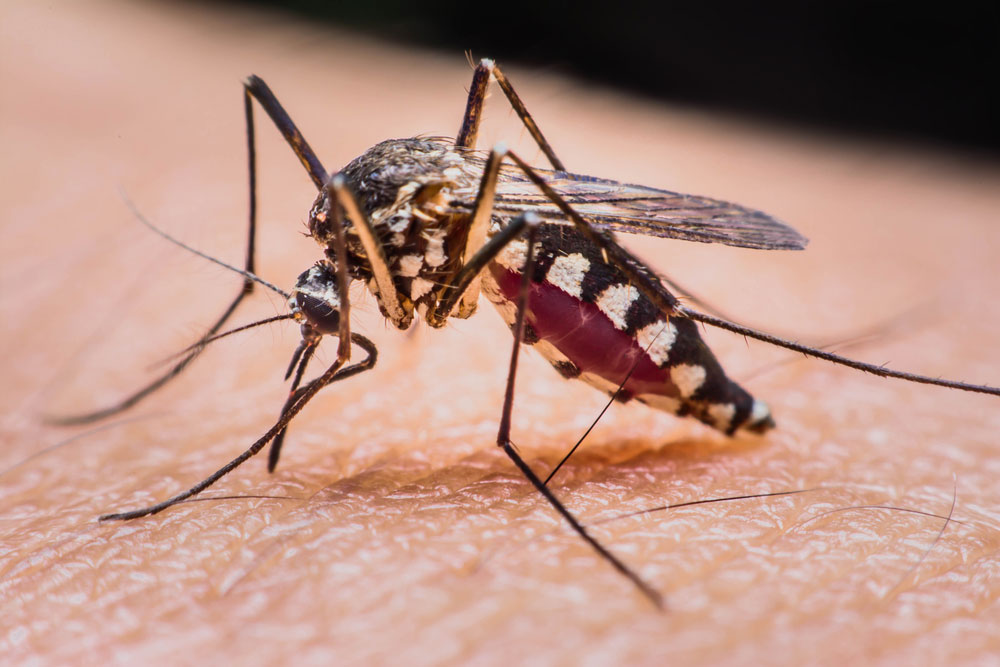 End of a crisis, start of an endemic

This reclassification recognizes the broader, more long-term threat that Zika poses and is being framed as a way to better focus on renewed efforts, such as the creation of a new technical committee to handle Zika research, vaccine development and other efforts. Officials at the Centers for Disease Control and Prevention, when asked by NYT, expressed no opinion about the reclassification, noting only that it “did not change the urgent need to continue our work.”

Some public health experts have criticized the WHO’s reclassification, as well as the slow approval of additional funding to study and fight the virus’ spread. While it may be difficult to argue against Zika being an ongoing concern, a slowdown in reported cases has many thinking that the worst may be yet to come.

“Are we going to see a resurgence in Brazil, Colombia and elsewhere?” Dr. Anthony S. Fauci, director of the National Institute for Allergy and Infectious Diseases, which is funding efforts to find a Zika vaccine, told the Times. “If they pull back on the emergency, they’d better be able to reinstate it. Why not wait a couple of months to see what happens?”

Other public health officials have been even more critical of the WHO’s decision to reclassify Zika, including Dr. Lawrence O. Gostin, director of Georgetown University’s O’Neill Institute for National and Global Health Law.

“WHO’s action to call off the global emergency has provided reason for governments and donors to pull back even more,” he told the Times, citing the “lethargic” international response to the virus.

This comes as Zika has been reported in every country in the Western Hemisphere except Canada – including a recent probable case of local transmission in Texas. While the case in Texas is being described as an isolated incident, some public health officials on the front lines of the battle are saying Zika’s spread could just be beginning – particularly given the unseasonable heat that many areas of the U.S. are experiencing.

“I predicted last April that we would see cases along the Texas Gulf Coast this summer,” Dr. Peter J. Hotez, the dean of the National School of Tropical Medicine at Baylor College of Medicine, told the Times. “This is now the one case we know about, but we don’t know if there are dozens or hundreds. … Those cases in Florida were found by serendipity.”

Supporting WHO’s decision, however, are public health voices offering hope for the future. This hope is coming in the form of two distinct routes to fight the virus: the development of an effective vaccine against Zika infection and herd immunity.

“With all viral diseases, vaccines are the ultimate goal,” University of Nottingham Associate Professor in Emergent Viruses, Faculty of Medicine & Health Sciences Janet Daly told New Scientist. Indeed, in the pursuit of a vaccine, scientists at the Food and Drug Administration have developed a new mouse model to study the disease and hopefully speed Zika virus vaccines and therapeutics.

“The FDA considers the public health response to the Zika virus epidemic to be a top priority,” said Luciana Borio, M.D., the FDA’s acting chief scientist. “We stand ready to use our expertise and authorities to the fullest extent to help facilitate the development and availability of products that may help mitigate emerging infectious disease threats, such as the Zika virus. Helping to advance the approaches scientists can use to understand the Zika virus will ultimately assist in speeding the development and availability of the tools needed to combat it.”

Some scientists, however, say that in a few years, such vaccines may be rendered moot: A recent study authored by Dr. Neil Ferguson, School of Public Health at Imperial College London, makes the claim that herd immunity will put an end to the epidemic within three years, with infection and survival rates eventually driving the disease to ground.

“Because the virus is unable to infect the same person twice — thanks to the immune system generating antibodies to kill it — the epidemic reaches a stage where there are too few people left to infect for transmission to be sustained,” Ferguson explained to the Imperial newsletter.

With a lack of consensus among the scientific community and governments slow to take action, the input of public health officials in the fight against Zika remains more vital than ever. Yet as Wilson spells out in his guidance, the goal for public health officials should be communicating the extent of the danger without resorting to scare tactics.

“Careful balancing of what is/is not known in context that avoids hyperbole is recommended,” he wrote. “The key tool for our clinicians in the state of Nevada is access to laboratory testing. And our State Public Health Laboratory will soon have this test available.”

The University of Nevada, Reno

The New York Times – Zika Is No Longer a Global Emergency, W.H.O. Says