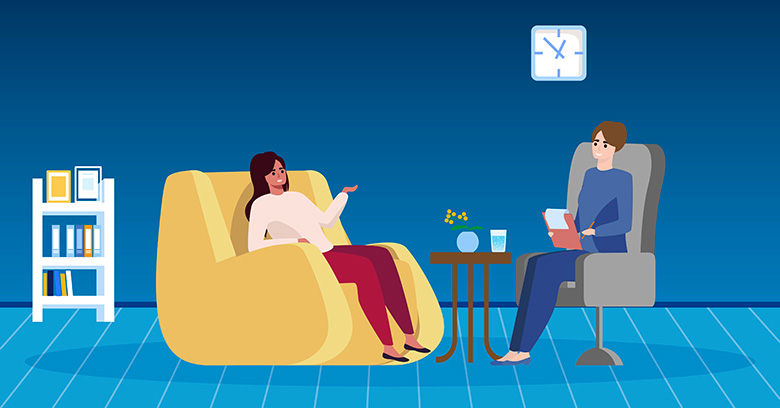 According to the U.S. Bureau of Justice Statistics’ National Crime Victimization Survey, roughly 1 in 4 adult women and 1 in 9 adult men have been victims of violence at the hands of intimate partners. The sobering statistics illustrate that domestic abuse is hardly a rare or an isolated phenomenon — it happens with tragic frequency.

While physical violence is a clear sign of abuse, toxic and abusive relationships can manifest in other insidious ways, including verbal and financial abuse. One of a social worker’s critical roles is to help identify these types of abuse and to provide support services to those in need.

Note: This article discusses physical and sexual abuse, and while descriptions are not graphic, the content may be disturbing to some readers.

What Is Abuse in a Relationship?

Domestic Abuse vs. Other Types of Abuse

Although child and elder abuse can occur in the context of domesticity, here the term “domestic abuse” refers to abuse in a relationship involving power dynamics between two intimate partners.

It may also help to clarify that abuse in a relationship is different from stalking, wherein the abuser and the abused may have little or no relationship or shared life together.

Statistics About Abuse in a Relationship

Although abuse in a relationship has long been a hidden issue, it’s far more common than many are aware.

These troubling statistics make clear that abuse in a relationship is all too common and that it can assume many different forms. 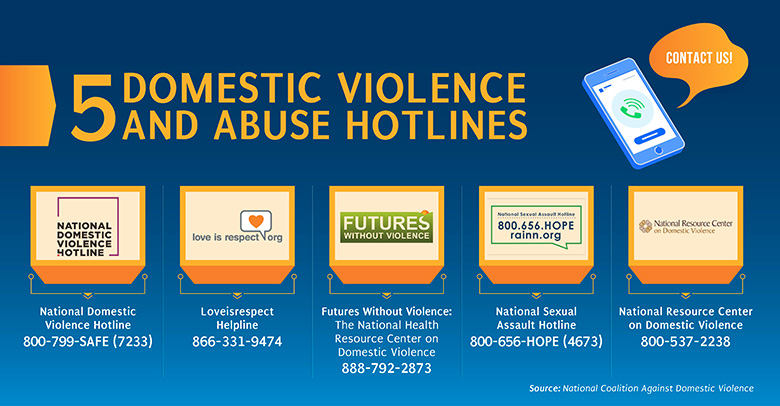 One of the most prevalent forms of abuse in a relationship is physical abuse.

A number of signs point to physical abuse, starting with visible injuries. Social workers are trained at identifying the physical marks that violence and abuse leave behind as well as the efforts to conceal those marks (such as long, layered or baggy clothing, especially worn out of season). Social workers may also identify psychological and behavioral signs, such as sudden changes or abrupt shifts in how the abused person acts or speaks.

Those who are physically abused by an intimate partner may exhibit several symptoms, both in the short term and in the long term. The most common symptoms of physical abuse include the following:

Role of a Social Worker

Social workers are trained to identify subtle indications of physical abuse, even among those who are reluctant or unwilling to speak out about their experience. Additionally, social workers have the resources to get physical abuse victims to a safe place, such as a women’s shelter. They may also be able to provide legal resources and mental health care.

Learn more about the nature of physical abuse:

If you’re in a relationship marked by physical abuse, help is available. In an emergency, or if you feel like your life is in danger, call 911. Otherwise:

Sexual abuse in a relationship can refer to any effort to pressure or coerce someone into doing something sexually. In instances of sexual abuse, the abuser may use shame, guilt, intimidation or fear to achieve something. Note that sexual abuse may also encompass other kinds of abuse, from verbal assault to physical violence.

Many common indicators of a sexually abusive partner exist, including the following:

Sexually abusive relationships can yield a number of long- and short-term effects on victims, including depression and anxiety, as well as PTSD and struggles with drug or alcohol abuse.

Additionally, those who are sexually abused may come to associate sexual intimacy with negative experiences; as a result, they may have a difficult time maintaining healthy, happy, intimate relationships. They may also simply lose their interest in all forms of sexual activity.

How a Social Worker Can Help

Social workers are trained to identify even subtle signs of sexually manipulative relationships. They can counsel victims on if and when they need to seek shelter or legal protection. Additionally, social workers can help those who have been sexually abused find the mental health resources they need for healing and restoration.

To find out more about sexual abuse in a relationship, consider these resources:

In an emergency, or if you feel like your life is in danger, call 911. Additionally, many resources are available to those who are in sexually abusive relationships: 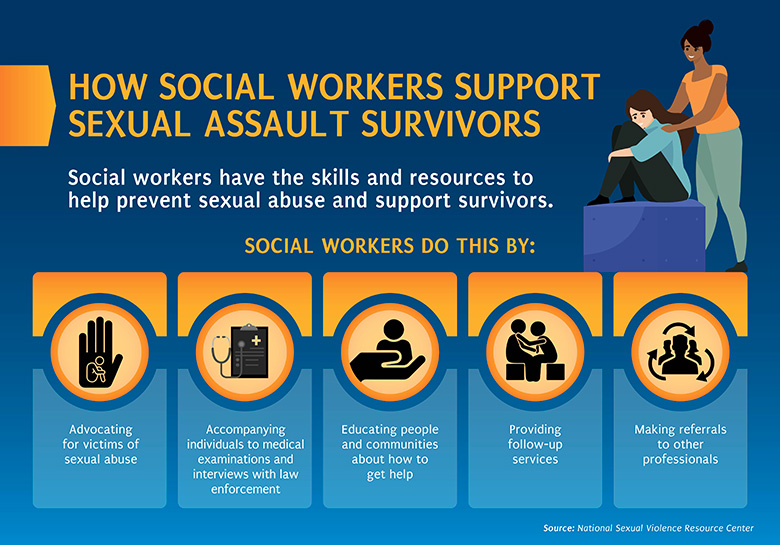 Abuse isn’t the same as a disagreement; all couples have verbal fights or arguments. The difference is that an argument in a healthy relationship shouldn’t devolve into name-calling or belittlement — and arguments shouldn’t happen daily.

Verbal abuse, meanwhile, involves behavioral patterns in which the abuser may:

Living with this kind of verbal toxicity can have a long-term impact, including the following:

How Social Workers Can Help

A social worker can help delineate patterns of toxic behavior and offer both the mental health and the legal resources needed to escape verbal abuse.

To learn more about verbal, mental and emotional abuse, consider the following:

If you feel your life is in immediate danger, call 911, as verbal assault can lead to physical violence. Those who fear that verbal abuse puts them in harm’s way can also seek help from the National Domestic Violence Hotline at 800-799-7233.

Financial abuse is defined as controlling some or all aspects of a person’s finances and/or ability to work. (Exceptions include instances of custodianship; for example, someone may be granted legal authority to control an elderly relative’s finances.)

A financial abuser may act in many ways, including the following:

Financial abuse can have a devastating effect on victims. Without access to their own finances (and potentially with bad credit as well), victims may have a difficult time finding shelter, providing for themselves and their children, or otherwise extricating themselves from abusive relationships.

How Social Workers Can Help

For additional insight into financial abuse, consult these resources:

For help recovering from financial abuse, consider these resources:

How Can a Domestic Violence Social Worker Help?

What Domestic Violence Social Workers Do

A domestic violence social worker can help in many ways, including the following:

To learn more about becoming a social worker who advocates for domestic abuse victims, review these resources:

Why Social Workers Are Important

Social workers play a significant role in counseling and protecting victims, helping them to ascertain the abuse’s extent and to take the steps they need toward restoration. A social worker’s role  may also extend to legal, financial and mental health rehabilitation.

By advocating for victims of abuse, social workers play an important public health role, helping mediate the awful impact of cyclical abuse on women and children, in particular, while also ensuring that mental health providers are able to provide their services to those who need them to recover from acts of abuse.

The role of the social worker also involves awareness raising. Social workers can be powerful voices that educate communities on what abuse encompasses, what the warning signs are and what options are available to those who are victims of abuse.

Additionally, social workers can play an important part in preventing abuse. For example, a social worker who observes a home in which verbal or emotional abuse is rampant may see warning signs of a potential physical altercation, or even of child abuse. By seeking a quick legal intervention, and coordinating mental health care, the social worker may be able to curtail this abuse before it worsens.

For further insight into a social worker’s role, take a look at these resources:

Those who are victimized by abuse can often feel as though they are all alone. One of the best reasons to enlist a social worker is that they provide faithful advocacy when it’s needed most. Social workers can help abuse victims get the care they need, and they can also help break cycles of abusive or toxic behavior. Their work is essential in helping abuse victims find their way forward.