For a subject with such wide-reaching and heavily contested ramifications as global climate change, the role of public health officials may – on the surface – seem unclear. The partisan nature of the debate of climate change and humanity’s role in it, combined with the seemingly glacial speed of environmental course correction, leaves many parties on the outside looking in, unable to enact meaningful revisions to public policy. This combined with a President Trump appointed EPA head Myron Ebell, who has been outspoken about how he will “[focus] on dispelling the myths of global warming by exposing flawed economic, scientific, and risk analysis,” presents a relatively grim picture as to how climate science and its public health ramifications may be viewed by the current administration. Yet, according to a 2015 academic report issued by the Lancet Commission on Health and Climate Change, “tackling climate change could be the greatest global health opportunity of the 21st century.”

This statement by Lancet represents a change from its 2009 sentiment that climate change represented “the biggest global health threat of the 21st century.” The pathways by which climate change is set to impact public health are varied, requiring a multifaceted approach by officials looking to mitigate the full extent of the damage.

Lancet reports that 2014 was the hottest year on record for the earth – with each of the last three decades being successively warmer than any preceding decade since 1850, for a total increase of 0·85°C. This, according to Lancet, is set to drive increased incidences of one of the most deadly potential outcomes of climate change: global undernutrition and food security.

As global temperatures rise, areas all around the world are likely to see reduced food security, both related to the cultivation of food animals and agricultural production. With regards to animals, we have already seen significant biodiversity loss and difficulty in cultivating food animals, with one of the most dramatic examples being fisheries. Lancet point to fisheries specifically as being affected by the compounded impacts of climate change and ocean acidification, while a 2009 academic article authored by Nicholas K. Dulvy at the Centre for Environment, Fisheries and Aquaculture Science points out that fish makes up roughly 27 percent of dietary protein in the world’s least developed countries.

The prognosis for agricultural development isn’t much better: Dr. Jonathan Patz, director of the Global Health Institute at the University of Wisconsin-Madison, points out that droughts and contaminated water sources could decimate crops worldwide.

“Big on our [climate change] priority list is the effect on crops and nutrition,” Patz told WBUR’s Here & Now. “And there’re studies that showing that we could double the number of people at risk of malnutrition by mid-century because of the extreme temperatures.”

If climate change continues to worsen, food shortages could drive prices higher even in more developed countries like the U.S., leading to a public health crisis in the form of global food shortages and waves of hunger. As such, public health officials should turn their attention to exploring efforts to shore up food reserves and alternative forms of agriculture. 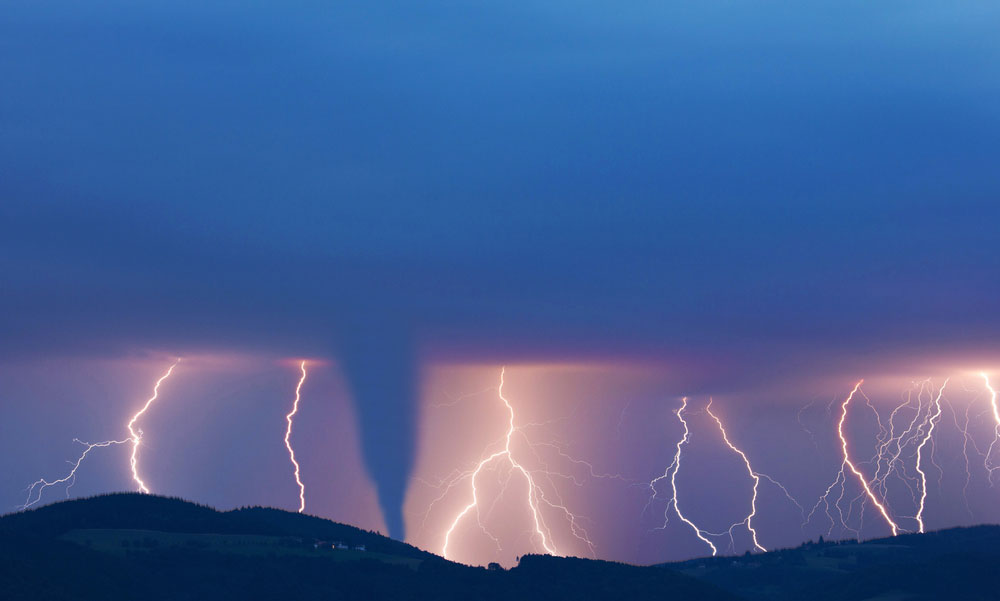 One of the most direct pathways by which the impact of climate change on public health will be felt is the increased incidences of adverse environmental conditions and disasters. As occurrences of global heat waves have increased, heatstroke and dehydration are expected to become more prevalent. This will also lead to, according to Patz, “extremes of the water cycle — more flooding and more drought.”

“If you have the other extreme of the water cycles, which is flooding, lots of [exposure] to contaminated water,” Patz said. “[T]here’s been studies out of the world health organization showing that at least a quarter of million people are being affected by current climate change and that’s a low estimate because that’s just looking at a couple of diseases — malaria, malnutrition and diarrheal disease.”

Equally as costly – both in terms of the impact on human life and in terms of amount spent to combat the public health response – is the increased incidences of natural disasters spurred by climate change. GlobalChange, a U.S. government research program, estimates that climate change will increase the frequency and severity of natural disasters in years to come, putting a strain on existing public health programs. Indeed, we’ve already seen supposedly “once-in-every-500-years events” like the devastating floods in Louisiana happening with shocking frequency.

“We have been on an upward trend in terms of heavy rainfall events over the past two decades, which is likely related to the amount of water vapor going up in the atmosphere,” Dr. Kenneth Kunkel, of the Cooperative Institute for Climate and Satellites, told the Guardian. “There’s a very tight loop – as surface temperatures of the oceans warm up, the immediate response is more water vapor in the atmosphere. We’re in a system inherently capable of producing more floods.”

Public health officials have long played an active role in preparing for and helping in the aftermath of natural disasters. Entering a world where these climate change-driven disasters may be more common, public health experts may be in the strongest position to urge for federal funds to be earmarked for disaster relief.

“While it is intuitive that extremes can have health impacts such as death or injury during an event (for example, drowning during floods), health impacts can also occur before or after an extreme event, as individuals may be involved in activities that put their health at risk, such as disaster preparation and post-event cleanup,” GlobalChange summarized. “Health risks may also arise long after the event, or in places outside the area where the event took place, as a result of damage to property, destruction of assets, loss of infrastructure and public services, social and economic impacts, environmental degradation, and other factors.”

With warmer temperatures across the globe also comes increased incidences of vector-borne diseases and allergic reactions. According to an article published in the Journal of Allergy and Clinical Immunology, ragweed – a common source of pollen associated with seasonal allergenic rhinitis – “grew faster, flowered earlier and produced significantly greater above-ground biomass” in cities, in part driven by warmer temperatures and increased presence of CO2 associated with climate change.

For vector-borne diseases, the prognosis is similar: According to Climate change and vector-borne diseases: a regional analysis, many of these infections, including malaria and dengue fever, are geoclimate associated, occurring most frequently in the tropics and subtropics. Yet with climate change set to raise global temperatures by 1.0–3.5 degrees C by the 22nd century, the reach of these diseases will expand as mosquitos and other disease carriers promulgate in newly warmer areas.

While temperatures in North America are unlikely to be conducive to a widespread outbreak of malaria and dengue fever, West Nile viral encephalitis and Lyme disease already have spiked on the continent. Lyme – borne by the lengthened tick breeding season due to warmer weather – is a chronic condition, driving up long-term healthcare cost and placing a heavy burden on public health officials facing a large-scale outbreak.

The Role of Public Health Officials

While it remains to be seen what future political administrations do in face of climate change, public health officials will be taking on an increasingly important role in the years to come. Whether it’s working to reinforce public infrastructure to deal with widespread disease outbreaks, chronic conditions like allergies or Lyme or food and water shortages, public health is positioned to become an ever more vital occupation, at the crossroads of human development in response to environmental challenges.

The Role of Big Data in Global Epidemics