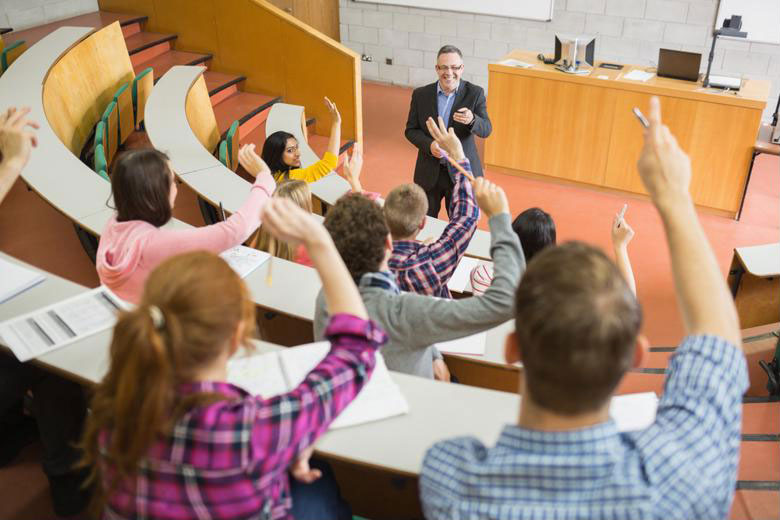 As a career field, public health offers a wide variety of specialized occupations that work toward one common goal: Improving the lives of communities and individuals through scientific research, health promotion and policy development. While accessing regular healthcare is an essential part of combating infectious diseases and chronic illnesses, educating the public to prevent these health challenges is equally important. To have a meaningful and lasting impact, public health professionals create evidence-based systems to encourage healthy behaviors and prevent diseases at the local, state and national levels. That’s where public health policy comes in.

Although public health is often seen as a medical-oriented endeavor, the field encompasses a broad range of focus areas, including dentistry, the environment, the food supply, occupational health and even motor vehicle accidents. This diversity is embodied by the CDC’s “Health in All Policies” campaign, which emphasizes the multitude of factors beyond healthcare that impact individual and community wellness. The HiAP approach combines evidence-based research, policymaking and community outreach to achieve better health outcomes and identify environmental hazards that may pose a risk to the well-being of people, organizations, the nation and the world. More specifically, a well-crafted health policy can help with the allocation of resources – by creating government-backed programs, public health officials can improve community access to health resources and educate individuals about proper self-care.

Public health policy exists at the intersection between medical experts, state and federal legislators, health educators and the broader healthcare system. Through close collaboration, government officials and clinical caregivers work to eliminate health inequalities, spotlight emerging health risks and develop actionable solutions based on the latest scientific knowledge. Over time, certain public health policies may need to be revised or completely replaced to stay relevant. In these scenarios, public health professionals serve as intermediaries between lawmakers and the healthcare community to advocate for better patient outcomes and support structures.

Every public health issue comes with its own unique challenges, opportunities and constraints, which is why evidence-based research is the foundation of policy-development. Before policy makers and leaders can draft a policy proposal, they first need to understand what the public health problem is they are addressing and how to achieve best-practice outcomes – that is accomplished with evidence. Some common public health policy examples include:

When the U.S. government started aggressively looking into the consequences of tobacco use, they quickly realized the general public was unaware of the possible health consequence of habitual smoking. In 1964, the Surgeon General released the first report on tobacco and health. At the time, around 40% of Americans were regular smokers, according to the Centers for Disease Control and Prevention, and few understood how tobacco impacted their lungs and total heath.

In the years that followed, medical experts developed a stronger understanding of tobacco’s impact on the human body and its connection to lung and other cancers. This scientific research helped persuade lawmakers to act through public health policy, leading to a wave of legislation aimed at curbing smoking trends.

At first, public health officials focused on ensuring that consumers had accurate information about tobacco use that would inform their behavior. But over time, new policies were released that focused on the negative impact of second-hand smoke. The fight against tobacco use continues and is illustrated in the CDC’s national tobacco education campaign, which was launched in 2014. During the first three years, the program persuaded 1.8 million smokers to try and quit, with an estimated 104,000 Americans kicking the habit for good. We are also seeing expanded policies, which have been developed to address the use of tobacco in public spaces and even the sale of vaping products.

Public health policy also works to mitigate environmental factors that may impact community well-being. According to the CDC, 1 in 6 Americans suffer from a foodborne illness each year, leading to an average of 128,000 hospitalizations and 3,000 deaths. Prior to the creation of the Foodborne Diseases Active Surveillance Network (FoodNet) in 1996, there wasn’t a way for public health officials to accurately track these types of medical conditions. This lack of oversight only compounded the issue, as key decision-makers were unsure what steps could be taken to reduce the growing rate of foodborne illnesses.

Thanks to FoodNet, public health practitioners and medical experts have been able to conduct surveillance on the most harmful foodborne pathogens, including cyclospora, salmonella and listeria. This epidemiological data has proven to be invaluable for clinical research and has provided the information researchers need to develop population surveillance. While FoodNet’s surveillance area only includes 15% of the U.S. population, the CDC is hopeful that more states will join the network in the years ahead.

Currently, motor vehicle crashes cause more than 32,000 deaths and 2 million injuries in the U.S. each year, according to the CDC. While drunk driving, speeding and texting play a role in some of these accidents, one of the main contributors is seat belt usage. In fact, about half of all drivers and passengers who died in U.S. roadway collisions were not wearing a seat belt at the time of the crash. How effective are these safety devices? Research from the CDC found that, among drivers and front-seat passengers, wearing a seat belt reduces the risk of death by 45% and serious injuries by 50%. Despite these findings, many drivers continue to forgo their seat belts – around 1 in 7 – but the issue isn’t as profound as it once was.

Public health officials and policymakers have made significant headway in seat belt use over the past four decades, helping reduce the number of crash-related fatalities. According to data collected by the CDC and the National Highway Traffic Safety Administration, seat belt use increased from 11% in 1981 to roughly 85% in 2010 thanks to new laws, education campaigns and technologies. While public health policies involving seat belt use vary between states, all U.S. territories have some law on the books that outline appropriate enforcement actions.

How an MPH from the University of Nevada, Reno can help you tackle public health policy issues

If you’re interested in joining the public health field and being part of the solutions to today’s public health problems, the online Master of Public Health program at the University of Nevada, Reno, can provide the foundation you need to kickstart your career. This 45-credit MPH program offers a diverse, hands-on curriculum that touches on key areas of public health research and policy creation, including policy analysis, program development, environmental health and epidemiology.

To learn more, explore the online MPH degree page or reach out to an admission representative today.

Exploring Popular MPH Jobs and The Skills You Need

Centers for Disease Control and Prevention, Health in All Policies

Centers for Disease Control and Prevention, The Health Consequences of Smoking—50 Years of Progress