Public Health Officials at the forefront of Flint battle against shigellosis

In the wake of the lead contamination water crisis that has devastated communities in Flint, Michigan, another public health crisis has emerged, sending experts scrambling to find solutions. Health department officials in Genesee County — where Flint is located — have announced a significant increase in reported cases of shigellosis, a bacterial illness propagated by poor hygiene and lack of hand-washing.

Shigellosis is an acute infection caused by four different strains of Shigella bacteria of the lining of the intestines, typically causing severe diarrhea, fever, nausea, vomiting, cramps and stools containing blood and mucus. While symptoms typically resolve after five to seven days without antibiotic treatment, the contagiousness of the disease combined with its intense impact on the young or those with compromised immune systems makes it crucial to avoid.

The disease, according to a statement issued by Suzanne Cupal, MPH, Genesee County Health Department’s Public Health Division Director, is transmitted through a “fecal-oral route,” directly from contaminated stool to a host through typically accidental ingestion.

“The spread of Shigella bacteria can be stopped by practicing good hand hygiene,” Cupal wrote in the statement.

However, for the residents of Flint, many of whom may still be afraid to drink or bathe in the tap water that has been highly publicized to be heavily contaminated with lead, adhering to good hand hygiene can be challenging.

Reported cases on the rise

According to the Centers for Disease Control and Prevention, shigellosis affects 500,000 people across the U.S. every year. Genesee County alone this year has reported 85 cases so far, with more than half of them within the Flint city limits. Twenty-seven of these cases required hospitalization. This is a significant increase from the 20 shigellosis cases reported in 2015 and four cases in 2014.

While the disease is not uncommon in the United States, this sudden surge in a relatively contained area has many public health officials concerned. This increase is particularly concerning given the slow and steady rise of drug-resistant shigellosis over the last few years, with 27,000 resistant infections estimated annually. In 2013, the CDC labeled drug-resistant shigellosis a serious threat to public health. While there has yet to be a reported case of the drug-resistant variety in the areas afflicted by lead contamination, some officials are saying that such a significant outbreak within a relatively small population means it could only be a matter of time.

While some are reluctant to point the finger at a particular cause for the boom, others like Matt Karwowski, a medical epidemiologist with the CDC, claim the culprit could be https://www.nytimes.com/2016/10/05/us/flint-hit-with-bacterial-illness-as-residents-shun-city-water.html.

Not just lead to fear

Making matters worse, the shigellosis outbreak isn’t the first bacterial infection that has rocked the city of Flint in the aftermath of the lead contamination scandal. From June 2014 to October 2015, Genesee County experienced an outbreak of Legionnaires’ disease, a flu-like respiratory illness caused by bacteria that breed in water systems. Ten deaths have been reported following the outbreak.

In response to the reports of tap water contamination, many outlets have reported that the public has turned to alternative hygiene methods to avoid lead poisoning and bacterial infection. From bottled water to baby wipes, citizens of the afflicted counties are avoiding tap water. Yet, as Jim Henry, Genesee County’s environmental health supervisor, told CNN, these alternative hygiene rituals may be woefully insufficient at combating the spread of bacterial infection.

“Some people have mentioned that they’re not going to expose their children to the water again,” Henry told CNN. “But baby wipes are not effective, they’re not chlorinated, it doesn’t kill the bacteria and it doesn’t replace hand-washing. People have changed their behavior regarding personal hygiene. They’re scared.”

“We know we’re going to need their participation to really better understand this disease that’s in the community,” Pugh told Michigan Public Radio. Part of this outreach has come in the form of a Genesee County Health Department public health campaign educating residents on the dangers of shigella and the importance of hand-washing. 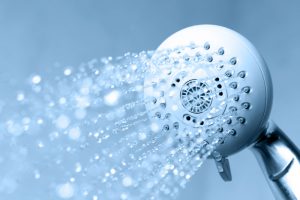 Public health officials can serve a specific purpose and are vital in fighting the outbreak. With widespread distrust for government sources of information – a response to the news that high-level officials may have been aware of the dangers and seeming did nothing – public health can act as an intermediary between affected populations and local political leaders. As an unbiased source of information as to how to limit the spread of the disease, as well as identify clean water sources, public health officials can both educate and advocate for vulnerable populations – as well as create accountability for the agencies who may be responsible for some of the damage.

This ties into a bone of contention between some public health officials and government agencies like the Michigan Department of Health and Human Services involves the role agencies may have unintentionally played in the outbreak. Senior government leaders in Michigan, going all the way up to Governor Rick Snyder, have been accused of dragging their feet in response to nearly every aspect of the contamination and subsequent bacterial outbreak, only stepping in when things reached crisis levels. Henry in particular points a finger at MDHHS for responding slowly and putting Michigan residents at risk.

“During the time that MDHHS refused to communicate with us regarding Shigellosis, we had several more cases, which MDHHS knew about because they are reported,” Henry said told CNN. “However, for weeks the state MDHHS stopped communicating and assisting [the county] regarding all disease investigations, including Shigellosis. This action directly compromised the safety and health of our communities.”

“It is entirely irresponsible … to attempt to portray MDHHS’s efforts regarding the Genesee County shigellosis situation as somehow lacking,” the spokesperson told CNN. “MDHHS has been fully engaged in this effort.”

While information about the role played by MDHHS and other agencies may be lacking, the pushback from public health officials serves a crucial purpose in helping facilitate the steady recovery and making sure the true human impact is felt.