Lessons from The Tobacco Documents for Community Health Professionals 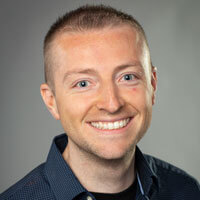 Americans are getting the message about the harmful health effects of cigarette smoking. According to the Centers for Disease Control and Prevention (CDC), the percentage of Americans who smoke cigarettes has dropped from 20.9% in 2005 to 14% in 2017. Despite this progress, however, the CDC reports that cigarette smoking still remains the top cause of preventable death and disease in the United States.

With the significant health threat that cigarette smoking poses, the relationship between the tobacco industry and the public health community is long and varied. This rich history provides a fascinating resource from which community health professionals can learn. An online Master of Public Health degree from the University of Nevada, Reno can help graduates gain the knowledge about this history to help benefit the public.

For example, based on his research of the tobacco industry, Dr. Eric Crosbie, Assistant Professor in the School of Public Health (on-campus) at the University of Nevada, Reno, has shared a warning for community health professionals in the article “State Preemption to Prevent Local Taxation of Sugar-Sweetened Beverages,” co-written with Laura A. Schmidt and Dean Schillinger.

For the past 15 years, Dr. Crosbie has spent the bulk of his research efforts focusing on tobacco and tobacco control, documenting the strategies and tactics used by the tobacco industry.

For public health and medical professionals, the creation of the Truth Tobacco Industry Documents archive was a landmark event that revolutionized knowledge about the tobacco industry’s influence on public health.

The TTID was created in 2002 to house internal corporate material accessed during litigation between certain U.S. states and major tobacco companies. The TTID grew in 2006, when a U.S. District Court judge found that the country’s largest tobacco companies publicly misrepresented the health risks of smoking and, therefore, violated the Racketeer Influenced and Corrupt Organizations (RICO) Act. As part of this ruling, these companies are required to ensure that all documents used for litigation regarding smoking and health are available for public consumption until 2021.

“What’s amazing about this archive is that researchers like me are not just speculating on what the tobacco companies are doing, but we can actually go behind the veil and read word for word what is being internally discussed,” says Crosbie.

The Strategic Use of Preemptive Action

Analysis of the tobacco documents archive and other resources provides insight into the strategies and tactics used by the tobacco industry to influence public health policy and public perception surrounding cigarette smoking. According to Crosbie, one particularly concerning strategy employed by tobacco companies was preemptive action.

“Tobacco companies used this authority as a political weapon to basically stop the diffusion of local level policy making for clean air policies,” says Crosbie. In the 1980s and 1990s, clean air policies were becoming increasingly popular and were being implemented at the local level by many jurisdictions. These policies restricted public cigarette smoking in many locations, such as restaurants, shopping centers and hospitals.

“Tobacco companies recognized that if these laws passed, their profit margin would drop ” says Crosbie. “And these tobacco companies were successful, with the passage of a very weak preemptive bill stating that no locality shall pass these very progressive laws anymore.”

Although public smoking restrictions are now enforced across the U.S., the tobacco industry’s use of preemption was successful in slowing down the momentum of these policies.

“The negative public health impacts that result in a situation where the state takes local authority away can be significant,” says Crosbie. “If a student is interested in this kind of work, they need to learn about why policies like the clean air policy are important, because they can change public behaviors. For example, if I’m a smoker, and I am told I can’t smoke in a restaurant but instead have to go smoke outside, then I may not want to smoke, because I don’t wish to leave my friends. There’s evidence to support these polices that can alter behaviors and reduce smoking.”

According to Dr. Crosbie, the strategy of preemption is now being implemented by the beverage industry to stop the momentum of another progressive policy aimed at reducing consumption of sugar-sweetened beverages.

“What the article ‘State Preemption to Prevent Local Taxation of Sugar-Sweetened Beverages’ is demonstrating is how some states, like California, have passed state preemption bills that  ” says Professor Crosbie. “Basically, this is a call to action that history is essentially repeating itself as we see the same  preemptive strategy employed by the tobacco industry in the ’80s and ’90s being used presently by the beverage industry.”

What Community Health Professionals Can Do to Support Public Health

With increasing research and shared knowledge available about the strategies and tactics used by major corporations, such as those in the tobacco industry, it’s an exciting time to be a community health professional.

Learn More About Advancing as a Community Health Professional

If you want to advance your career in the public health field, learn more about the online Master of Public Health in Public Health Practice from the University of Nevada, Reno. This graduate degree delivers advanced knowledge of the environmental, economic and sociological factors impacting communities right now, and it equips students to make a positive contribution to public health policy.

MPH vs. MHA Degrees: Choosing The Right One for You

Centers for Disease Control and Prevention, Smoking and Tobacco Use