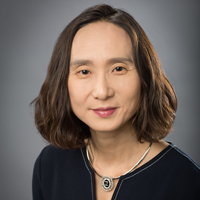 Today’s society is plagued by insecurities regarding health and appearance. Media images of people who meet conventional health and beauty standards bombard us from all directions, from traditional advertising to the lifestyles and personas portrayed by social media influencers.

The media provides a narrow definition of beauty and optimum health, and many people feel pressured to conform to an idealized — and often unrealistic — body image. This pressure is compounded by the current societal emphasis on instant gratification.

Years ago, exercise and dieting were the most common options for weight loss. Now, advertisements present a plethora of alternatives, such as weight loss teas, gadgets for a slimmer waistline and cosmetic surgery — all of which are often marketed as relatively easy wellness solutions.

“People have realized that they have choices when it comes to reaching their beauty and wellness goals.”

“People have realized that they have choices when it comes to reaching their beauty and wellness goals,” says Dr. Sung-Yeon Park, Professor in the School of Public Health (on-campus) at the University of Nevada, Reno. “Now, they can go into a medical clinic and select a procedure, such as liposuction, to achieve their desired aesthetic. Cosmetic surgeries in particular have become a game-changer.” Dr. Park, who specializes in social and behavioral science, has completed extensive research in the areas of health information and public opinion and health care advertising campaigns.

As the demand for cosmetic surgery and other wellness options continues to grow, it has been placed at the forefront of marketing campaigns in the health care sector. “This tendency is raising interesting questions about issues with health care service and wellness advertisements in general, particularly those relating to cosmetic surgery, wellness lifestyle brands and marijuana use,” Dr. Park explains.

A Need for Greater Regulation

Dr. Park points out that although health care advertising is becoming increasingly prevalent, few people in public health have studied this topic in depth.

“While many health and wellness organizations are committing valuable time and finances to promoting their brands, there hasn’t been enough research to create standards to guide this type of marketing,” Dr. Park says. “At the end of the day, these are profit-driven businesses that have considerable operating expenses to cover.”

One of the other main issues with this type of advertising is that the teams that do marketing for clinics are not necessarily aware that the services they are “selling” are different from other products they market.

“The marketers are not often trying to deceive people. They are just using the same strategies that work in other areas of mass marketing,” Dr. Park explains. “There is a formula, and a lot of the websites for these clinics come premade, and they have different options to choose from. They all have these features that could be deceptive or harmful for the trust between patients and doctors. This is why doctors should be aware of the implications of their advertising, both for themselves and for the profession of cosmetic surgery overall.”

Indeed, issues in health care advertising have always been controversial. The American Medical Association (AMA) initially implemented an outright ban on any advertising by medical professionals, which the Supreme Court overturned in 1982.

“Overall, we want to use health care marketing in a balanced way that lets patients know about the available services and options in the area,” Park explains. “Researchers can play an important role by providing guidance on how to properly market their services.”

“Cosmetic surgeons have been entrepreneurial since the industry’s infancy,” Dr. Park notes. “They have a really long history of attracting patients by any means possible.”

Indeed, she says, there is a correlation between the pressure people feel to look like the idealized body images presented in the media and the likelihood of having cosmetic surgery. Dr. Park examined the various ways in which cosmetic surgeries are advertised, as these ads have taken on an array of nontraditional forms.

“It is very different,” she says. “It could be different modes of advertising, like building a website to find surgeons, or using an internet search to find surgeons. It also includes ways that a lot of people would not consider advertising, such as makeover television shows that act as advertisements. That content is promoting the surgeons or the practice of the surgeons.”

According to Dr. Park, research shows that people get most of their information from web sources and social media posts.

“The sources vary, but messages stay the same,” Dr. Park adds. “There is a relation between exposure to these ads and risks. It validates what a lot of content analysis shows — that there is little information being given about the risks involved with cosmetic surgery and more information given about the benefits. If people hear the same message from a lot of different sources, that message becomes reality. Naturally, people who see these ads will have a higher awareness of the benefits but not the risks.”

Dr. Park’s research looks at the notion of cultivation theory, which was developed in the 1970s to discuss the influence that the repeated viewing of violence on television has on people’s behavior, and how the theory applies to the way advertising is used for cosmetic surgery.

“In this theory, people’s worldview becomes similar to what they see on television. They see so much of the same thing that they begin to believe the world is a violent, dangerous place. It isn’t just television now — the theory is applied to all kinds of media, such as video games, online content, really any kind of media source.”

“In this theory, people’s worldview becomes similar to what they see on television. They see so much of the same thing that they begin to believe the world is a violent, dangerous place. It isn’t just television now — the theory is applied to all kinds of media, such as video games, online content, really any kind of media source,” she explains. “The media content basically repeats the same things.”

For example, Dr. Park notes that when it comes to cosmetic surgery, television makeover shows follow a very distinct pattern.

“They are about 30 minutes long, and the message is often the same. The way the doctors behave and how the patients respond are very similar. The kind of message you get at the end creates a certain image of cosmetic surgery and how we are supposed to respond to it,” she says. “You are shown all the benefits and positives of cosmetic surgery, but any reference to the potential risks is noticeably absent.”

In her research, Dr. Park found that people do consider certain elements when looking into cosmetic surgery, such as surgeons’ education and training, the risks of surgeries and practices, and medical emergency preparedness.

“They pay attention to these considerations as they look at these ads, which is good. But they also thought other elements were important when they weren’t, such as before-and-after patient photos, testimonials and ,” she says. “Using the most flattering before-and-after patient photos and testimonials as examples exaggerates the effect of cosmetic surgery and fails to represent the average patient experience. Financing options are also problematic because they often lead to patients incurring debt for procedures that are not medically necessary.”

“People who have seen a lot of ads think that the media appearance of doctors is important, when it actually isn’t,” Dr. Park highlights. “They believe that doctors who appear in the media are more competent or more skilled. But the reality is that they just have more savvy marketing campaigns or are better connected to the media industry than other doctors, and it isn’t a real representation of their level of skill.”

Despite AMA warnings about the misuse of testimonials, they still abound, and there is a risk that people will falsify them. Nevertheless, people remain interested in testimonials and sometimes believe they are helpful.

“People need to be educated about testimonials, before-and-after photos and financing options, especially in the context of medically unnecessary services such as cosmetic surgeries,” Dr. Park explains. “There is still a lot of work to be done to educate patients on how to read and understand cosmetic surgery advertising.”

Public Health Advertising and Marijuana Use

Dr. Park points out that cultivation theory can also be applied to cannabis marketing campaigns, which often target younger audiences with the message that marijuana is natural and harmless. However, it’s not always clear whether this information comes from an objective source.

“Right now, most marijuana-related information young people are getting is from marijuana dispensaries or advocacy organizations that are pushing for marijuana legalization, or from organizations pushing against it,” Dr. Park says. “But studies show that college students would like to hear more about this from their doctors. I think medical organizations can play the important role of distributing more balanced information about the topic.”

Recently, the questionable advertising practices of some wellness lifestyle brands, such as actor Gwyneth Paltrow’s Goop, have also made headlines.

The Good Thinking Society, a nonprofit organization, reported Goop to advertising regulators in the United Kingdom for “misleading and potentially dangerous claims” concerning sunscreen and alleged medicinal stones. Meanwhile, in the United States, Goop settled a $145,000 lawsuit with California prosecutors in September 2018 over the advertising of a “vaginal detox” jade egg. The court ruled that the $250 million company had made unscientific medical claims about the egg’s properties and that the brand must stop making any further claims about its products without providing reliable supporting evidence.

Other Goop products remain under scrutiny for false — and, in some cases, dangerous — medical claims.

Paltrow has been quoted as saying her company believes in nontraditional healing modalities and the power of the body to heal itself — concepts that may be challenging for some Western medical practitioners to accept.

“While there may not be a clear-cut way to stop this and other kinds of unsubstantiated marketing, it’s an area that is ripe for further research and investigation,” Dr. Park notes.

She suggests that additional research and evidence-based criticism of health-related marketing practices could benefit patients, practitioners, and the public health system as a whole.

“This could help provide useful information to patients, helping them to better understand their options so they can make more informed, educated decisions — and not waste money on things they don’t need,” she adds. “I hope this leads to more education and openness among health care users.”