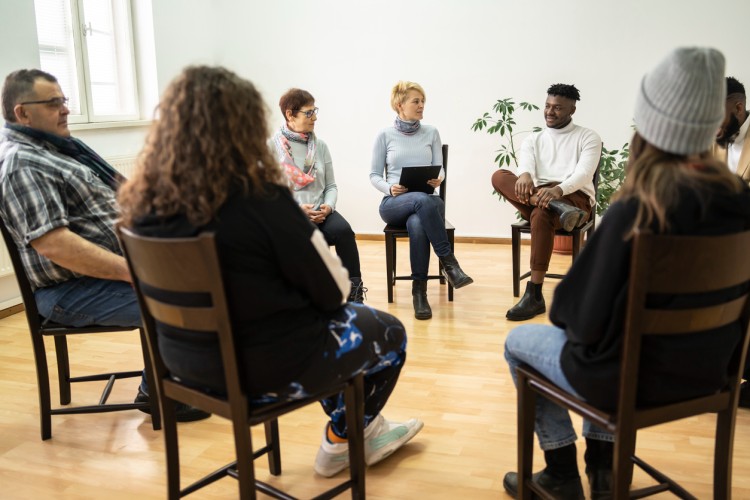 Suicide and suicidal behavior occupy a unique space within the public health sphere: While organizations such as the Centers for Disease Control and Prevention (CDC) have studied the rise and ebb in suicide rates at length, the topic is often avoided — and sometimes considered to be taboo — by many public health officials. This may be attributed to the fact that despite rates of suicide being quantifiable, the underlying motivations — and often the longstanding ramifications — of suicide are often less apparent.

Seen by many as a personal “choice,” suicide and suicidal behavior present many challenges for health researchers. The combination of ingrained religious attitudes, social mores and the wide variety of psychological predictors and drivers of suicidal behavior make the topic more difficult to study and mitigate than the spread of a biological disease or viral infection. Yet with rising rates of suicide across the country, and suicide being seen by many experts as preventable, public health officials have a meaningful role to play in the study and implementation of more effective treatment options.

What Is Suicidal Behavior?

The National Institutes of Health (NIH) defines suicidal behavior as any and all actions taken by a person that could lead to their intentional death, such as crashing their car intentionally or attempting to overdose on alcohol or drugs. The Cleveland Clinic reports that in many instances, suicide can be prevented if an individual’s friends, loved ones or family members are familiar with the risk factors of suicide, symptoms of depression or suicide warning signs.

What Are Some Warning Signs of Suicide?

MentalHealth.gov reports that when someone is exhibiting one or more of the following behaviors, they may be thinking about harming themselves.

A 2022 study published in Frontiers in Public Health found that “the majority of people who die by suicide have never seen a mental health professional or been diagnosed with a mental illness,” adding that “people experiencing suicidal distress may not recognize the role of mental health support in managing acute distress.” The study goes on to state that online interventions, including online psychotherapy appointments, have had success in reducing suicidal ideation and reducing barriers to treatment such as physical distance and stigma.

Suicide in Individuals with an Undiagnosed Mental Illness

The Centers for Disease Control and Prevention (CDC) report that 54% of people who die by suicide do not have a known mental condition. But CDC figures rely solely on the medical examiner’s report, police records and medical records. Dr. Jill Harkavy-Friedman, Vice President of Research at the American Foundation for Suicide Prevention, states that multiple studies using the psychological autopsy method (a process that incorporates family member interviews, medical records and all other available sources of information) have repeatedly shown that as many as 90% of those who die by suicide have a diagnosable mental health condition. These individuals don’t show up in CDC data, because they haven’t sought treatment.

In addition to mental illness, a variety of other factors contribute to suicide rates. According to the CDC, some of these risk factors include:

The CDC states that suicide prevention is indeed a public health issue, adding that public health’s population-focused approach to improve community health, on a large scale, can not only be used to address suicidal behavior before it occurs, it can also help improve understanding of how suicide can be prevented. In turn, that broader understanding can help researchers develop better, more effective intervention strategies.

Students interested in a career studying the various economic, environmental, and sociological factors that impact public health are likely to find that completing an advanced education — such as an online Master of Public Health in Public Health Practice — can provide them with the comprehensive knowledge to address a wide variety of public health crises.

Are you ready to take the first step toward pursuing a career that allows you to make a difference in the lives of others? Discover how completing an online Master of Public Health in Public Health Practice from the University of Nevada, Reno can prepare you to address suicide as a mental health public health crisis.

Why Is Public Health Important?

What Are the Top Public Health Concerns Today and How Are They Determined?

Bridges to Recovery, “5 Warning Signs of Suicidal Behavior That Are Easy to Miss”

National Library of Medicine Medline Plus, Suicide and Suicidal Behavior