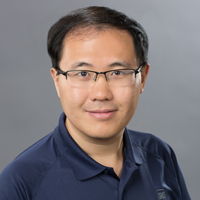 From applying sunscreen to brushing our teeth, we constantly face chemical exposure risks. Chemical exposure can be everywhere, from an everyday household item to the debris left after a hurricane or fire. Whether newsworthy disasters or everyday situations like installing new carpeting in your home, the risk of chemical exposure is always a question. In these instances, environmental specialists play a crucial role in determining the level of risk the public faces, continually assessing which products are safe and which might pose a health risk. Environmental scientists and specialists perform many functions, including informing government officials of present and potential environmental dangers and working in laboratories testing pollutants.

Those interested in this field can develop the research skills, critical thinking and expertise needed to protect the public.  Earning an online Master of Public Health degree can provide the training needed for a career as an environmental scientist.

Dr. Dingsheng Li, Assistant Professor in the School of Public Health (on-campus) at the University of Nevada, Reno, is an environmental scientist who studies human exposure to chemicals and their health risks. “Environmental health is a pretty broad topic,” he says. “I focus on human health risk assessment, especially around chemicals. How chemicals can affect our health through inhalation, digestion, or skin contact, among other things. I also do something called life cycle assessment, which involves trying to determine the impact of the release of new chemicals on human health when we manufacture something or implement a new policy.”

Traditionally, the public’s view of chemical exposure has been tied to major disasters (e.g. an oil tanker spill or visible pollution), but, as Professor Li notes, everyday products in our food, furniture and home ventilation systems can have a direct impact on public health.

Health Risks of Chemicals in Consumer Products: A Review

Professor Li has written dozens of articles about various chemicals and the significant health risks they pose to the public. Recently, he and Sangwon Suh wrote Health Risks of Chemicals in Consumer Products: A Review, an article that looks at hundreds of manufactured chemicals used in everyday life, from flame retardants to cosmetics, furniture, flooring and electronics.

Professor Li also evaluates how human health risks have been reported in the past. He notes that “there has been a trend over the past few years to look at the exposure to chemicals from consumer products, particularly indoors. For some of these chemicals, the indoor exposure for the consumer is actually the larger proportion of exposure.”

The various chemicals and products that have been researched are notably small. “It was a little surprising that there were only about 200+ chemicals that had ever had any peer-reviewed journal articles discussing them: That is just a very, very small fraction, compared to the hundreds of thousands of chemicals used in products, which is hundreds of thousands of orders of magnitude greater,” says Professor Li. As a result of this challenge, changes are taking place in the environmental health field to provide for more screenings of more chemicals. In the near future, environmental scientists should be able to evaluate more efficiently a much wider variety of chemicals that are used in everyday products, further ensuring public safety.

Recently, developments in both chemical testing methodology and governmental regulation have changed the way that environmental scientists assess chemical exposure risks. For example, S&P Global recently observed a “global trend toward more stringent environmental regulation.” For those considering a career as an environmental health specialist, three currently trending challenges they may face are regretful substitution, modernized testing and the Toxic Substances Control Act 2.0.

Regretful substitution is when a toxic chemical in a product is replaced by another toxic chemical. For example, as Professor Li explains, “Back in the 1980s and 1990s, there was a common flame retardant called PBDE, which was pretty effective. But it was then discovered to cause endocrine disruption, where a woman’s menstrual cycle could be disrupted, and there was concern that young children might be developing faster than they should. The U.S. phased the chemicals out in the early to mid-2000s, but the replacement chemicals proved to have similar effects.” Environmental scientists like Professor Li spend their time finding instances of regretful substitution to help develop policies that protect the public from these occurrences.

The advancement of technology in lab testing has changed environmental science for the better. In the past, chemical testing was expensive and time-consuming. Today, more cost- and time-efficient methods are being investigated, something that Professor Li encourages. “Traditionally, when we do a risk assessment, we usually rely on either animal studies or epidemiology studies,” explains Professor Li. “One of the main reasons for limited chemical testing is it takes a lot of resources. Take, for example, a standard chronic rat experiment which attempts to test whether a chemical causes cancer or not. That type of study can take at least two years and will cost approximately $3 to $4 million dollars to complete; and that’s just for one chemical.”

Instead, Professor Li points out that environmental scientists are starting to implement new technologies that, in this case, multiply the volume of chemicals they can research in a single experiment. “Basically,” he says, “you have a petri dish where you cultivate cells, and they react pretty fast. In these cases, you can test hundreds of chemicals in one batch and get results within a month or so. It would be like screening all of the chemicals that we know of and highlighting or flagging those that could come with potentially higher risks. This technology has been developing over the past few years, and it is becoming cheaper and faster, with results getting better over time.”

For example, scientists from the National Institutes of Health (NIH) and Environmental Protection Agency (EPA) recently started to study hundreds of synthetic chemical varieties at once, hoping they can identify those subgroups with the highest toxicity levels. By multiplying the chemicals studied in a given experiment, scientists save time and money.

The Toxic Substances Control Act 2.0 (TSCA 2.0) builds on previous legislation in an effort to further reduce the harm caused by exposure to problematic chemicals. The original law, passed in 1976, came under congressional scrutiny because it was originally difficult for the Environmental Protection Agency (EPA) to actually enforce regulations. An example of this was the EPA’s attempt, in 1989, to issue a comprehensive ban on asbestos. Chemical companies strongly opposed the ban, eventually suing the EPA to prevent it.

In 2016, the act received a major overhaul, known as TSCA 2.0. The revised act, according to the NIH, authorizes the EPA to ensure that companies develop adequate testing data and submit new chemical notices 90 days before manufacturing; it also requires companies to restrict or ban production of chemicals deemed to be an environmental risk. Professor Li adds, “One of the influences of this new overhaul is to do preliminary screenings first on many chemicals, and place more focus on human health.” Prospective and professional environmental scientists should note the importance of TSCA 2.0 for their field, the details of which they can further learn about by earning a Master of Public Health.

The Future of Environmental Health

Future environmental health professionals can learn from the problems associated with regretful substitution, which include the use of old experimental models and outdated legislation. Using newer technologies to test a wide array of chemicals can help determine which chemicals are substituted for others without risk and expedite the process for deciding which chemicals are dangerous. Furthermore, with the passing of TSCA 2.0, screenings for a substitute chemical deemed to be dangerous can be tagged faster, and environmental health professionals can work together with private and public industry to determine the best and safest new products to put on the market.

“When people think of chemical exposure, they often think of the air we’re breathing outside or the water we’re drinking. It’s important to remember the indoor environment as well,” says Professor Li. For environmental health professionals, all spaces where people live, work and play are subject to chemical exposure, and therefore, important to continually assess and study.

Learn How to Become an Environmental Scientist

As chemical toxicity and public health become more pressing, there may never be a better time to become an environmental scientist. According to the U.S. Bureau of Labor Statistics, “employment of environmental scientists and specialists are projected to grow 11 percent from 2016 to 2026, faster than the average for all occupations.” The online Master of Public Health program at the University of Nevada, Reno can provide you with the background and certification needed for any number of jobs as a public health professional.

What Is Public Health?

ScienceDirect, “Health Risks of Chemicals in Consumer Products: A Review”